Boxing is a tough sport, and the weak are broken down quickly. It has a reputation for turning lives around, but some boxers have been in serious criminal trouble because of their activities both inside and outside of the ring.

James Butler Jr was labelled as a thug and was taken away by the police in 2001 when he sucker-punched Richard Grant as he was trying to offer his hand to shake after the end of a charity match. He served four months at Rikers Island Prison for the assault. His criminal history continued when he murdered Sam Kellerman and was sentenced to 29 years as a result. 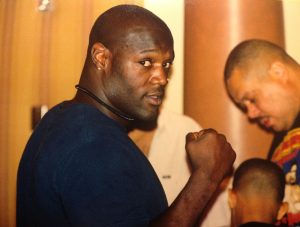 Etienne was in jail for years because of an armed robbery and took up boxing in prison. His prison record was an impressive 30-0. On release, he decided to become a professional boxer and turned professional at 28. His career was going well, and he even fought Mike Tyson and some other famous professionals. However, in 2005 he got high on cocaine and went on a crime spree which included shooting at police officers. He was sentenced to 160 years without parole.

Charles McCoy was a world champion but was also known for his dirty tricks in the ring which included elbowing, head butting, and cutting opponents with altered gloves including sandpaper. He became an alcoholic and shot his girlfriend Teresa McCoy, held 12 people hostage the next day and then served eight years in San Quentin prison. He finally took his own life via an overdose of sleeping pills in 1940.

This is just a small handful of criminal professional boxers that have served time in prison. A number of boxers have served in juvenile or reformatory facilities. Some have turned their life around and made good boxing careers while others have been hampered by their criminal past.