Some huge matches are coming up in 2019, with some of the biggest names in boxing scheduled to fight this year, including some rematches and some important career fights.

Smith will try to protect his titles against WBA super-middleweight Ryder in November. Last September, Smith won the WBA World title and became WBSS Champion after a seven-round knockout and win over George Groves in Saudi Arabia. The two are both on form and feel unbeatable at the moment, so it should be a good match. 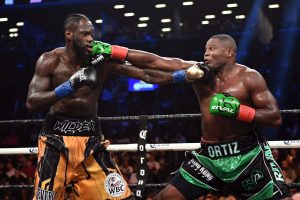 Deontay Wilder will have a rematch with Luiz Ortiz in November, as Wilder wants to crush any doubt that Ortiz is on par with him. Wilder defended his WBC heavyweight title against Dominic Breazeale with a first-round knockout. If Deontay Wilder wins, then he may rematch Gypsy King in 2020. A Wilder win may also finally set up further fights with either Tyson Fury or Anthony Joshua in the future.

Anthony Joshua will fight against Andy Ruiz Jr once again at the end of 2019. Joshua wants to reclaim three heavyweight titles taken from him in June. A rematch is now set, and Joshua has a lot to lose following his defeat when Ruiz knocked him out in the seventh round The boxing match will be held in Riyadh, Saudia Arabia in December. Joshua said that he was not performing and was trying for a knockout too early. Another defeat to Ruiz will be devastating for Joshua and may threaten his career. Other boxers such as Fury and Deontay will be ready to take over the reins.

Some great boxing matches are on their way, and some significant sparring events will make for fun entertainment at the end of 2019.