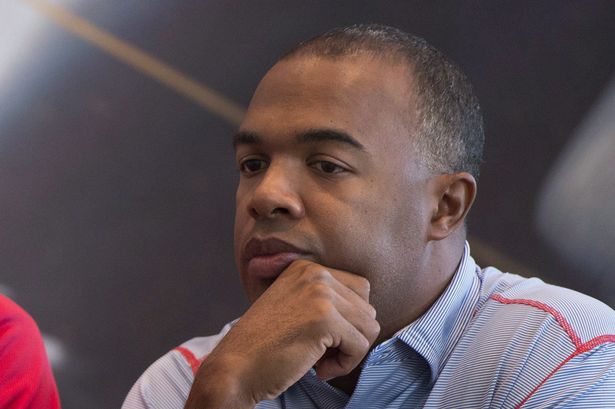 — Tyson Fury said that he needs to change his coach. Said he needed a knockout to win in the US. This is usually said when they can’t come to financial terms, and the fighter needs excuses to go to another coach. In this case, Tyson told everyone how the fight would go, and he was very good at it. He said he needs to go back to the Kronk hall style because he will be in search of a knockout and wants to come out with more weight. He came to you and did everything he said. Sugar hill, how do you define the style of the Kronk hall? What did you work on with Tyson fury and what did you see in the ring that you need to work on?

— On the first day, we talked to him about things that we will work on, things that will make him a better fighter than he was then. Tyson fury is one of the biggest in the division in terms of height and weight. We talked about using these things in a rematch with Diontay Wilder. The plan was to work on the basics. Tyson fury can move and box like no other. Even in the smaller divisions of the guys can’t move like he did. With its size and weight, it moves like a Middleweight or super-Middleweight. I told him that I would give him more power to hit. People said I couldn’t teach him that. But there are bases for strikes. If done correctly, it will increase the impact force.

— But he also entered the ring with a different approach. In the first fight, he boxed with Diontei, and in this fight, he came out and showed who was the boss here, used his size, his weight, and intended to shake him. When people talk about Kronk hall, they mean culture. How did Tyson fury demonstrate this?

— The way I know and teach everyone. I teach everyone the style of the Kronk hall: attitude, punches… – this is all the style of Kronk for me. This is what I grew up on. It passed to me from Emanuel Steward. I grew up and saw everyone do it. You need to try to shake, try to deliver one big blow. You need to understand that you have done certain things, and all this plays a role in the style of the Kronk hall. We need to do a knockout. Everyone wants to get a knockout — it’s exciting. This adds entertainment to the name of the fighter. This makes him a better fighter, makes him believe in himself more, and maybe inspires fear in others.

— How good can Tyson Fury be, what level of greatness can he achieve, in your opinion?

“This is infinity. I believe Emanuel has told him this in the past. Now I work close to Tyson fury. It is wonderful to have a fighter who can still grow and become even better than he or other people imagine. It’s great to watch your performance at the highest level in the heavyweight division. I have other Champions in other divisions, but honestly-there is no other division like the heavyweight division. There is no limit for Tyson fury. He has been in places in his life that have made him more Mature now. He has goals that he wants to achieve, and he is on the right track. Boxing is one of the things he loves most. He likes to train, likes to box, likes to compete. This is what drives Tyson fury to become even better. I don’t think about anything but the best Tyson fury, the dominant in the heavyweight division. And it is also possible that it will change the division. I remember Emmanuel talking about Boxing, new heavy weights — and the division changed. He was talking about the super-heavyweight division. Now the fighters are much bigger and more talented. There used to be tall fighters, but they were clumsy, not as athletic, not as mobile. Now there is Tyson fury, he broke it all. I think the heavyweight division will change, maybe not now, but after it. These changes are happening not only in Boxing, but also in basketball, where the bigger guys are now. Tyson fury is a new part of our era.

— Anthony Joshua is another really big heavyweight, Olympic champion. Do you want a fight with Joshua as Tyson Fury’s trainer? How will this fight go and is there anyone else who can test your fighter?

— For me, as for Tyson fury’s trainer, I accept any fight that Tyson prefers. I just want to teach him and watch him make progress, apply what he’s learned. It excites me. It doesn’t really matter who he fights. Anthony Joshua is another big name. I am quite sure that this fight will take place at the right time. I’m not sure there are other strong heavyweights. The Olympians will be here soon. I am interested to see what new talents will come out of this Olympics and what they will bring to the heavyweight division.

— Who is the biggest threat to Tyson Fury?

— I will say that Tyson fury is the biggest threat to himself [laughs]. He’s pretty confident about what he can do. I don’t really see other heavy weights that will be as dominant as Tyson fury at this point in time.