UFC President Dana White summed up the results of the title fight between Israel Adesanya and Paulo Costa, expressing dissatisfaction with the performance of the contender for the championship belt.

“Instead of’ Fight of the year’, we got ‘Dominance of the year’, “the head of the organization said at a press conference after the UFC 253 tournament. “It was strange, because in all his other fights, Costa went out and chased his opponents as if they owed him money»

“I think he got one jab in this fight. He didn’t try to clinch near the net, didn’t try to press, and kept coming back to the center of the octagon. It was very strange”

“I expected that he would fight in his usual way, as he fought with the same Yoel Romero, the most dangerous guy in the division, but for some reason he stayed at a distance and put his front foot under the destructive blows of Adesanya. And even in those rare moments when he went forward and pinned the champion to the net, he suddenly retreated and returned to the center of the cage»

“He didn’t try to keep the opponent in the clinch. When adesanya kicked, He just stood there and didn’t hit back. This is very strange. I sat there and thought, ‘What the hell is going on?!’. Obviously, Adesanya just had to take it apart, which he did with ease”

Recall that the Middleweight title fight between Israel Adesanya and Paulo Costa, who headed the UFC 253 tournament in Abu Dhabi, ended with the reigning champion winning by technical knockout in the second round. 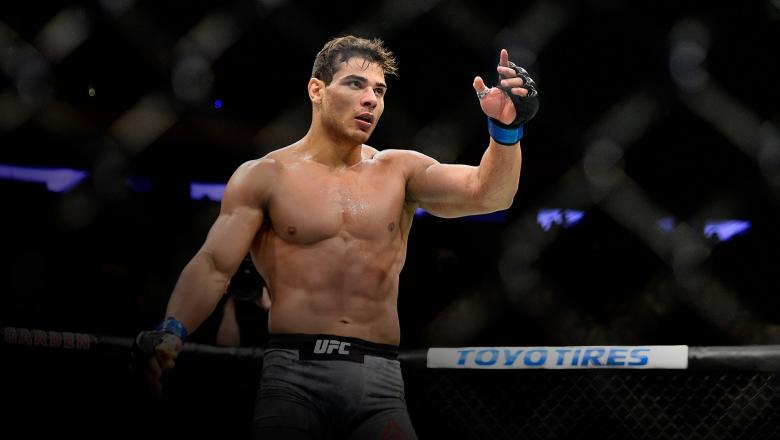 Dominic Reyes made a statement after the defeat

Former UFC light heavyweight title contender Dominic Reyes commented on the crushing defeat in the fight against Jan Blachowicz, who lost by technical knockout in the second round at UFC 253.

“To hell with everything! We’ll have to push! There is nothing left but to go up and go up again. Congratulations to Jan – it was a great performance. #UFC253 #of triconchal,” wrote Reyes on his Twitter.

Recall that the light heavyweight title fight was the second most important event of the number event held last weekend at the UFC fight Island in Abu Dhabi.