Many professional boxers have decided to hang up their gloves for good after a long professional career and enjoy their retirements, but for some, the temptation to return has been too much. Here are some comebacks that failed. 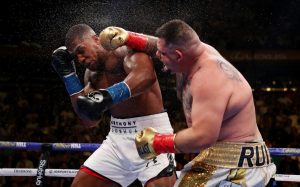 Hatton was the real deal when it came to professional boxing having met some of the biggest names in boxing including Floyd Mayweather and Manny Pacquiao. His professional career ended with a momentous record of 43-0, but the much loved Brit decided to return against Vyacheslav Senchenko. He was not fit and looked too heavy and slow. Despite showing some of his old skills and grit, he eventually went down in the ninth round and retired.

Joe Louis was being chased down by the IRS and was no doubt looking for some extra money when he decided to fight Ezzard Charles. However, he lost in a unanimous decision. Before his comeback, Louis was a war hero and had retired from the sport in 1948. His fight against Charles was held in 1950. Incredibly Louis won eight more fights before taking on Rocky Marciano. He lost in the 8th round to the younger and fitter fighter.

Ray Leonard could almost be described as the comeback king having retired three times with some success since his initial 1982 retirement because of a retina problem. In 1999 he returned for the fourth and last time to face Hector Camacho. He was knocked out in the fifth round, and the punishment was enough for him to hang up the gloves.

The comeback is a difficult decision to make for retired boxers, but the temptation usually comes in the form of money and an urge to test themselves once again against the new fighter. However, there comes a time for every fighter.